I grew up in Wolverhampton in the 1970s.  After school and University (at Swansea and Lancaster, with a year in France), I experimented with various vocations, including as a TEFL teacher and teacher-trainer, and a radio presenter (I got as far as local BBC).  While these were great fun, they didn’t feel as if they were quite right for me.  Next I tried working as a Project Manager in a multi-national corporation, which I did for 8 years and which was definitely a bad fit!! 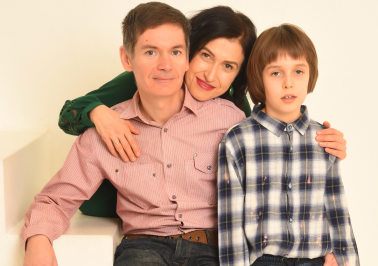 With my wife, Oksana, and son, Daniel

My first book, Leaving Town.  A collection of unusual short (and not-so-short) stories. 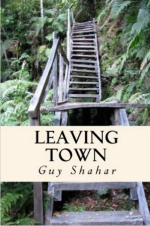 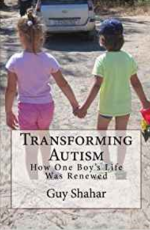 When a health breakdown in 2016 left me effectively housebound for several months, I found myself unexpectedly writing a book, Transforming Autism, about our family’s journey since it had become clear that my son was on the spectrum 5 years earlier, and the unusual steps that we were lucky to be able to take to ensure his quality of life.

Even more unexpectedly, I ended up giving a TED talk later that year (see below), and shortly afterwards, launched a new charity, The Transforming Autism Project, to give similar opportunities to parents of autistic children more widely.

In 2018, at the age of 46, I found out that I was myself autistic, which made a lot of sense of many of my earlier life experiences:  From a young age, my communication had never been well understood by others and I had very often ended up marginalised and badly treated as a result.  On top of this, not knowing that I was autistic and simply had a different way of thinking and expressing myself, I had put the same expectations on myself as others had of me, so I was constantly struggling to do things that went against the grain and were difficult for me, while at the same time neglecting to develop those strengths and qualities that were natural to me.  So life was tough.

By the age of 25, I was pretty much ready to give up, and knew for a fact that I would never reach 40.  Fortunately, I discovered Heartfulness a couple of years later, which brought a totally new perspective, sense of fulfilment and dimension of joy to my life that I wasn’t aware was possible.

The next 20 years was spent clearing up the mess that the first 27 years had created.  If I had found right at the start the approaches offered by Heartful Healing, my path would have been massively shorter and simpler.  My earnest wish is that I can offer such a short-cut to as many people as possible.

As well as Transforming Autism, I am the author of Leaving Town, a selection of unusual short stories.  My third book, Autism: A Condition of the Heart, is due to be published in 2021.  I have also written 2 films and a television comedy series, though these have never received sufficient interest to actually be produced.  I have just started writing articles for Heartful Healing and hope to add more to this collection over time.

I still run the charity Transforming Autism, and in my spare time (of which there is extremely little at present) I like to walk in nature, and when the universe permits, I occasionally compose short pieces of piano music.

My TEDx Talk, The Beautiful Reality of Autism

Interviewed about Heartful Healing by Glenda Shawley of Fabulous Networking.